What to do in Brussels in a Day Trip

There is so much to do in Brussels in a day that you could easily stretch it so much longer. As you may know, Belgium is probably best known for its beer, waffles, pomme frites and chocolate. Brussels is a city you can get a fill of all these delights but there is no shortage of these across the country.

Our plan for the day was to explore the Christmas Markets, drink Belgium beer, see the sights of Brussels and eat some waffles. We only planned a quick day trip to Brussels from London which meant that we only had 7 hours in the city to fit in as much as possible.

What To Do In Brussels in a Day Trip

Psst… did you know you can save the map above? I have added all the locations I mention below on the map plus a few more!

Disclaimer: Hi! this post may contain affiliate links which will take you to online retailers that sell products and services. If you click on one and buy something, I may earn a commission, see my Affiliate Disclosure for more details.

We started our day in ‘Brussels in a day trip’ at lunchtime and the first thing on the agenda was food. The walk from Brussels-Midi/Zuid to the centre of Brussels is about 20 minutes. It’s easy to move around by foot as Brussels is a compact city. There are public transport options to the centre as well, taking about 10 minutes.

Arriving at the city centre we headed to Rue des Bouchers. Most of the restaurants on Rue des Bouchers are often poor quality and your general tourist places, however, there are always some great places around if you know where to go. As one of my friends used to live in Brussels she had the perfect place to recommend and one that locals would visit on Rue des Bouchers which is called Aux Armes de Bruxelles.

It’s never too early for the first beer of the day but do be careful with Belgium beers as they are generally around 7% – 9%. We always opt for half beers when we are in Belgium due to the strength. Délirium Café is located near Aux Armes de Bruxelles down a little passage called Impasse de la Fidélité. The sister (Jeanneke Pis) of the Manneken-Pis is also here opposite the entrance. Grab a quick photo before entering Délirium Café. 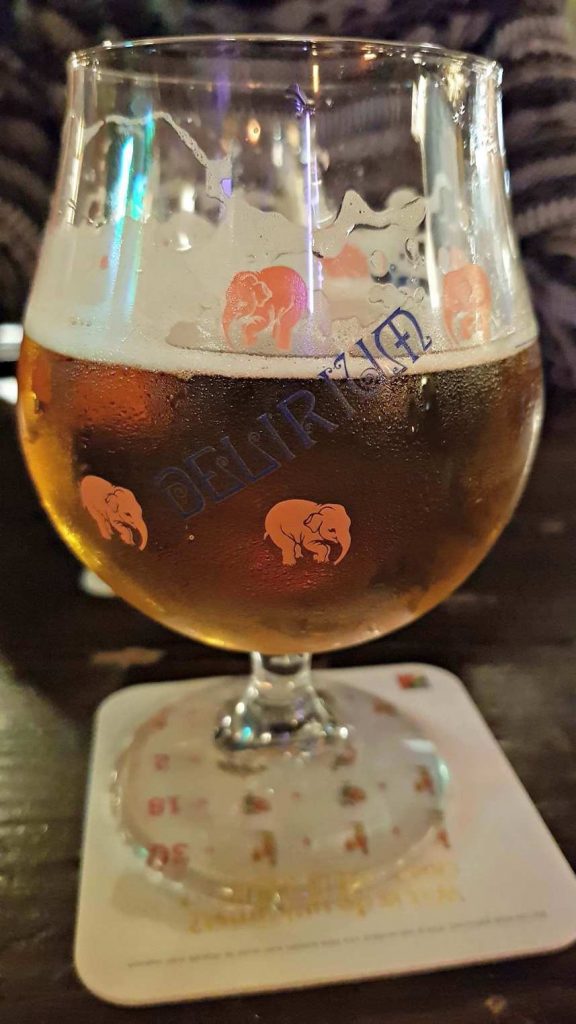 The Belgium Delirium Café offers a range of beers from over 60 countries, that’s about 2000 beers including beers from Belgium! Make sure you try one of Delirium’s delicious beers whilst you are there.

Add the Grand Palace to your list of ‘what to do in Brussels in a day trip’ list, it is amazing to see. Next on the quick tour of Brussels is Grand Place. It is the central square with lovely guild houses, the town hall, the Bread House, the chocolate museum and much more. The shops are all around the Grand Place area for a bit of shopping. 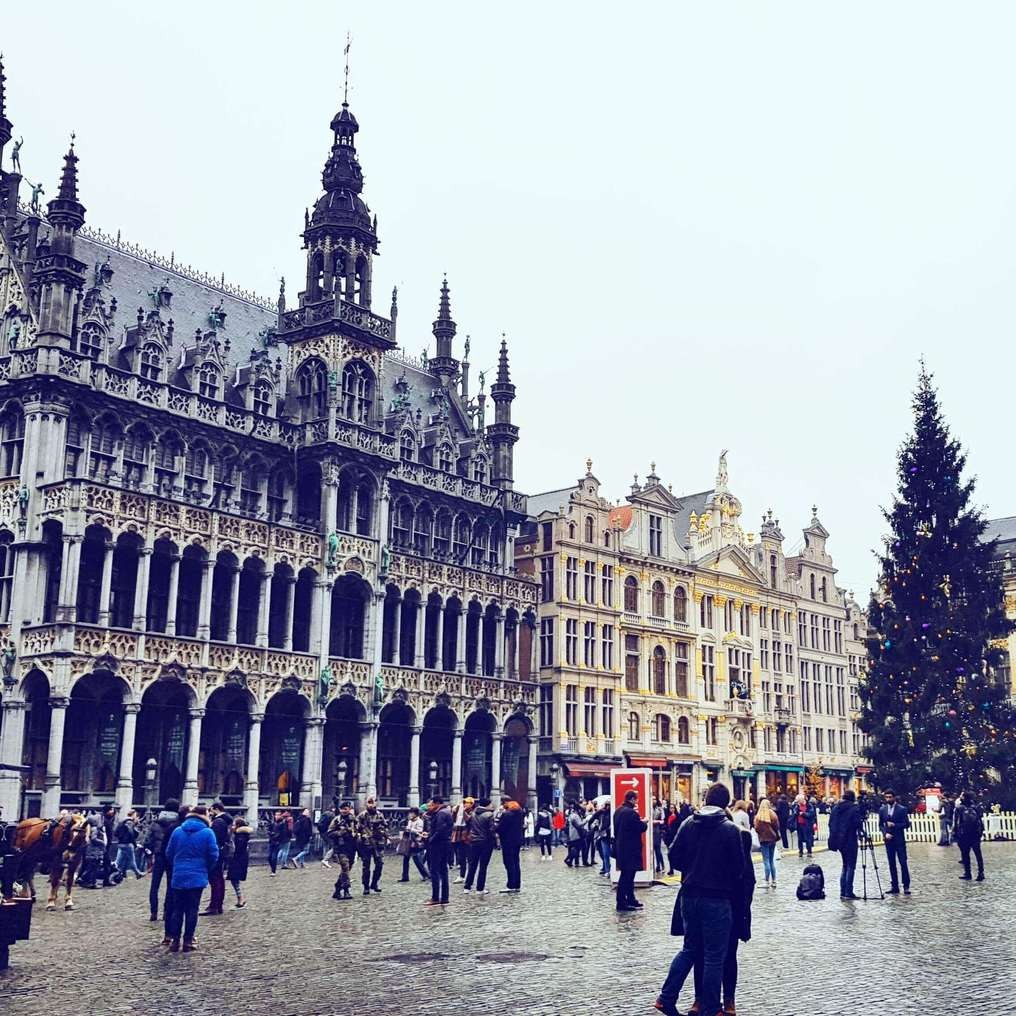 If you have some patience then you can also see some live webcam footage of the Grand Palace on the Brussels website. I say patience because it takes minutes to load and it cut out on me saying there were too many users.
If you are in Brussels during Christmas there will be the Brussels Christmas Market at St Katherine Place, just cross over Boulevard Anspach.

Visit the Manneken-Pis (statue), you will find nice tasty waffles and a cool pub called Poechenellekelder, which is right next to the little statue. Poechenellekelde has a unique atmosphere with lots of puppets dangling from the ceiling and they have an excellent range of Belgian beers. 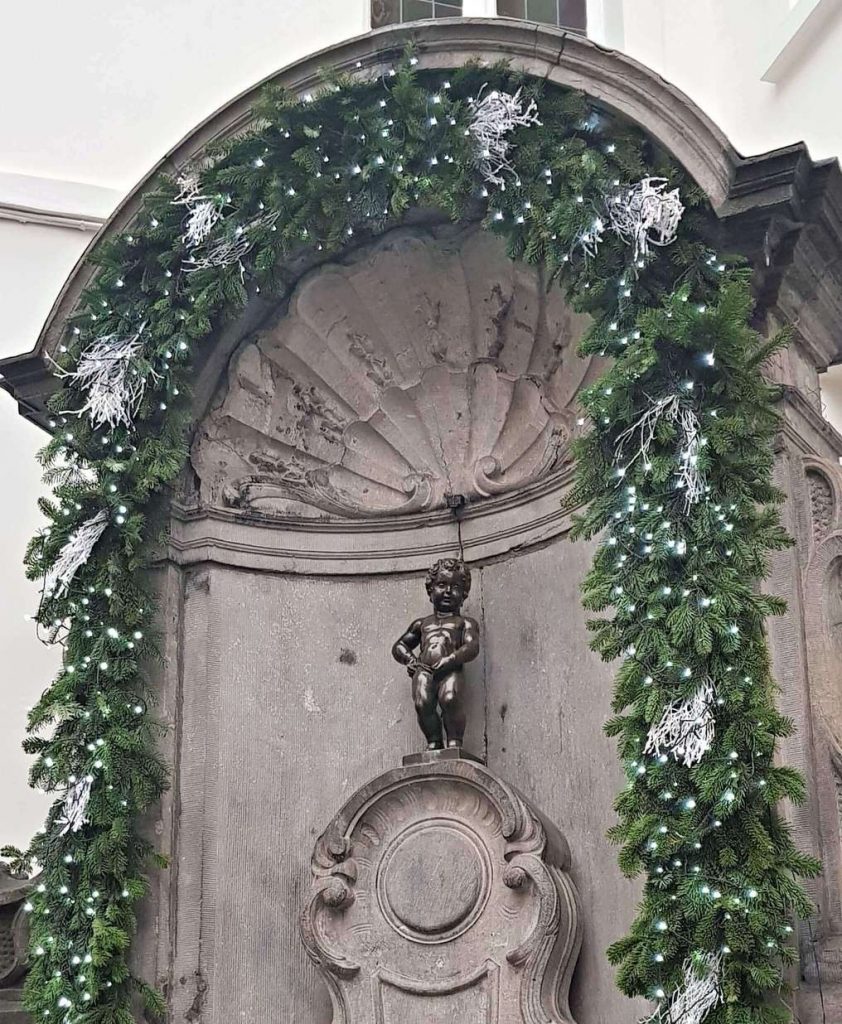 It is very easy to fit the Manneken-Pis statue into a day trip to Brussels. It is often dressed up in a costume and has been known to be dressed up as Elvis, Dracula, Santa Claus just to name a few.

There is no shortage of waffle places around Manneken-Pis and all going for around 2 euros plus toppings. What is your favourite waffle topping? I’d have to say mine is a chocolate base which is perfect when you are in a city like Brussels and full of chocolate!

Nearby is a quirky little wine bar called Goupil le Fol (cash only). The bar specialises in cherry wine, blackberry and raspberry wine, nut wine and liquors. The interior is very quirky! The wine was so delicious, too easy to drink and way stronger than it tasted.

Whatever your choices are to do in Brussels, there is so much to do that it’s not really a question of ‘what to do in Brussels in a day trip’ but more how much can you fit in. For those who are chocolate addicts check out Corné Port-Royal and Neuhaus. They have shops spotted all over central Brussels. If you want to splash out, go to Pierre Marcolini. It’s also about 15-20 minutes’ walk from Grand Place and is a nice area to wander with more shops, cafes and bars.

Other pubs to try in Brussels are Moeder Lambic Fontainas and A La Mort Subite. If you’re staying late enough try one of the bars. Down another small passage called Rue des Harengs, you will find a Cuban bar, Che Habana Café, and place that has coffins propped up in the windows, Le Cercueil. Both places are great evening fun!

One thing I didn’t get time to do was embark on the comic book art trail. Which is crazy as some of them are located near the famous landmarks. For more information look at the Culture Trip – Top 10 Murals To Check Out On The Brussels Comic Book Route.

How to get to Brussels

The nearest airport to the city is Brussels Airport, which is around 25 minutes’ drive from the Grand Place. There is also Brussels South Charleroi Airport which tends to have the cheaper flights (Ryanair), but it is just over an hour away.

Brussels Airport has direct trains that run every 15 minutes and takes 17 minutes to travel into Central Brussels.
Brussels South Charleroi Airport needs you to get a train and bus. Take any bus on line A and you’ll arrive at Charleroi-South station which will take you to the centre.

Day trip to Brussels by Rail 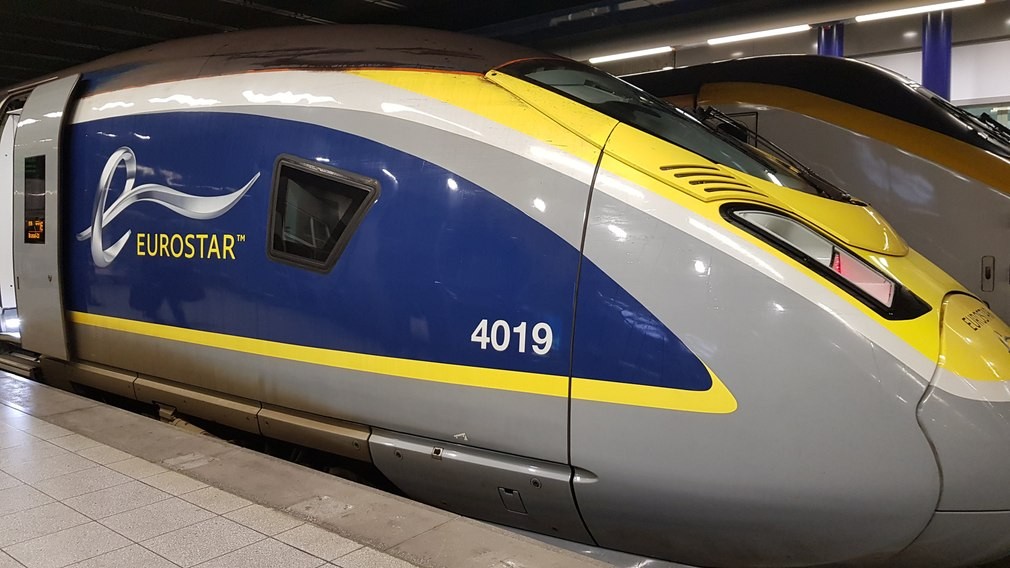 It is super easy to do a day trip to Brussels from London by rail, just catch the Eurostar. The Eurostar runs regularly, getting you from London to Brussels within 2 hours. Trains also run from Paris, Amsterdam and Luxembourg.

What language is spoken in Belgium?

There are two official languages, Flemish and French. Most people speak English but it’s always nice if you know a few words.?

A Quick Guide to Belgium Beers

If you are a beer connoisseur then you won’t be disappointed with Brussels in a day trip. One of the highlights visiting Belgium is drinking the amazing beer! With lots of choices, where do you start? Here is a quick list of some of the beers you should try on your trip to Belgium. 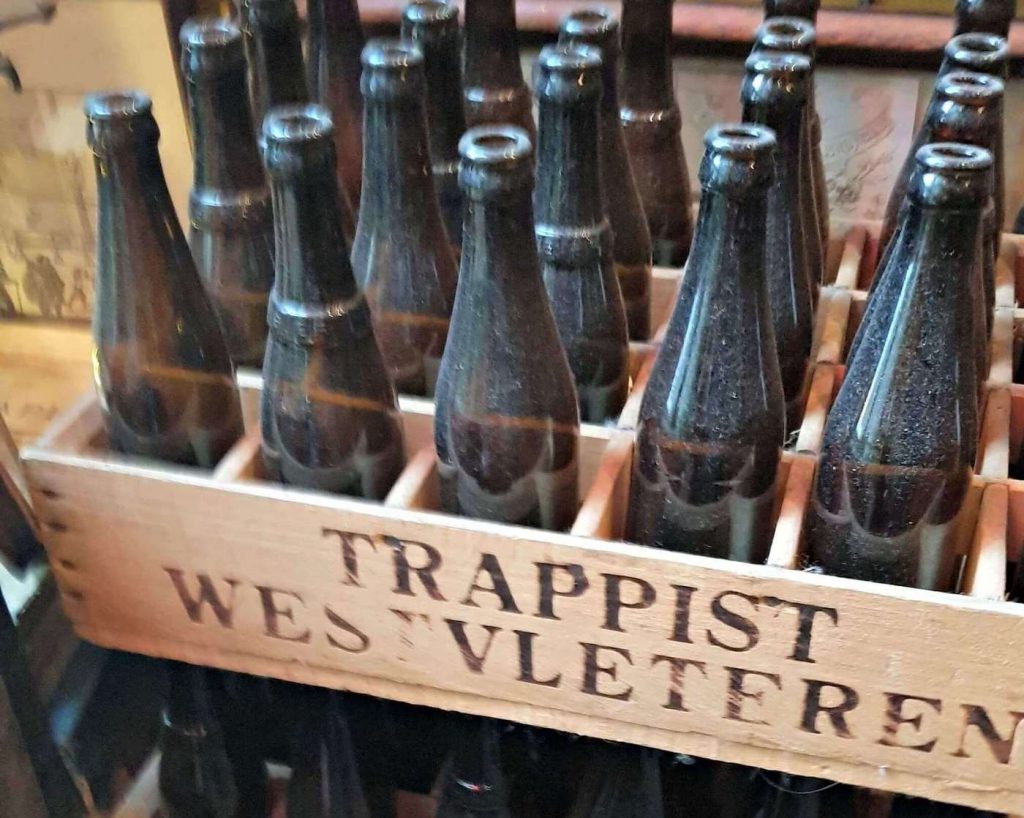 This tiny brewery run by Trappist Monks of the St. Sixtus abbey brews the Westvleteren 12, which is World’s Rarest Beer and has been nominated as the best beer in the world.

So, fellow adventurers, as you can see on what to do in Brussels in a day trip and it is so easy to get around. If you would prefer to do Brussels in a day in a guided tour then the City of Brussels gives you some options.

Comment below and let me know how your day trip to Brussels goes!

Things to do in Lake Bled and Bohinj
← Previous
How to Renew your Australian Passport in the UK
Next →
Comments are closed.

This site uses Akismet to reduce spam. Learn how your comment data is processed.

Hi I’m Kat! Lover of coffee, wine and cheese. Always trying to escape the 9 to 5 with frequent weekend breaks, backpacking or exploring London.