My mother was always keen on me learning languages and German was one of them. Unfortunately, my ability to speak German is awful, but those language lessons did start my love for Germany.

Berlin is one of those cities that can be hard to keep up with as it grows and changes so quickly. This makes it difficult to figure out the latest restaurant or bar that everyone is raving about.

The city has a fascinating past with the Berlin Wall, wartime history and the grand collections of artefacts dating back thousands of years in the numerous museums.

How to get from the Airports to the City

Berlin currently has two international airports Schönefeld and Tegel. If you fly with low-cost carriers like Easyjet and Ryanair then you’ll end up at Schönefeld. In 2018/2019 the new Brandenburg airport will open and flights will slowly redirect from Tegel to the new airport.

Schönefeld is a little far out there are plenty of ways to make your way into the city. I recommend either the airport express train, S-Bahn or the bus.

The airport express train runs every 30 minutes between around 4 am to 11 pm, the S-Bahn runs frequently plus all night on the weekends and the bus is good if you arrive late night during the weekdays.

Tegel, unfortunately, has no direct link to the S- or U-Bahn. The fastest way to get to the city is either by TXL Express Bus or by the Express Bus X9. Both stop right outside the terminal.

Here is my Ultimate Three Day Guide to Berlin…

I constantly talk about walking tours and how it’s the best way to explore a city. Berlin is another place that is ideally suited to walking tours. In three hours, you’ll cover a lot of ground from the Reichstag, the Berliner Dom, WWII Battlefields, Checkpoint Charlie, remaining parts of the Berlin Wall, the Brandenburg Gate and stories of Berlin’s fascinating past.

History around these famous places:
Brandenburg Gate is one of the most well-known landmarks in Germany. The gate was a model on the Propylaeum of Athens’ in a neoclassical architectural style and has witnessed a lot of historic events during its time including when Germany reunited after the Cold War.

Pay your respects at the Holocaust Memorial. The artist designed the memorial to make you feel uneasy and they were very successful in doing so. Walking among the two thousand, seven hundred and eleven gray columns of differing heights creates a poignant and thought-provoking atmosphere.

Checkpoint Charlie is a famous crossing point between former East and West Germany. Now a tourist photo opportunity and museum.

Walking past the Humboldt University you’ll see locals selling books outside as a memorial for the public burning of books by authors that weren’t German by members of the Nazi German students league on 10th May 1933.

Amazingly Berlin has incredible Vietnamese food! Some of the best Vietnamese food I’ve had outside of Vietnam. There are so many Vietnamese places you can choose from. Among them, I highly recommend going to Good Morning Vietnam and Rose Garden. I try not go to the same places when visiting a country (variety is the spice of life after all) but I found myself at Good Morning Vietnam twice! Both restaurants had plenty of vegetarian and vegan options.

Beer halls are common in Bavaria but not in Berlin, although if are keen to experience a beer hall the there is a Hopbrauhaus modelled on the original in Munich. A stein is €8.40, expect a touristy vibe.

Head to the East Side Gallery, it is a memorial for freedom with graffiti by famous artists on a stretch of what was once the Berlin Wall. The gallery was started by two artists in 1990. The wall now has 105 paintings across a 1316m section. It’s thought to be the longest open gallery in the world. 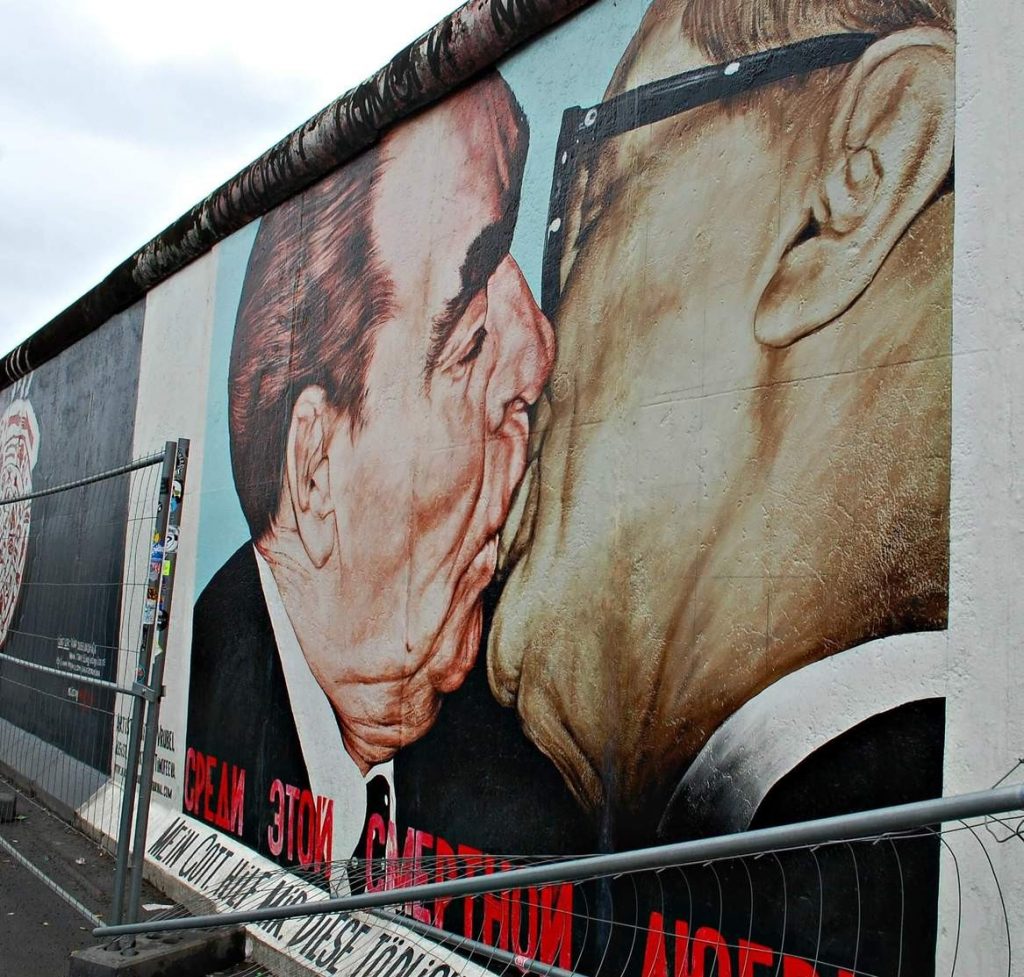 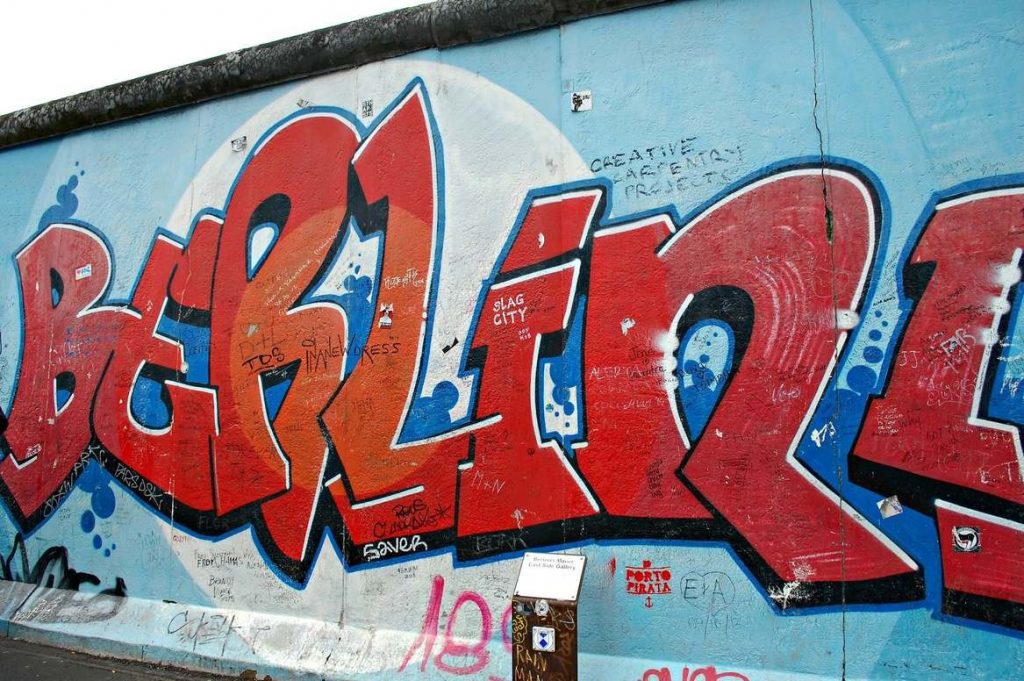 I highly recommend having lunch at Burgermeister, as it’s close by doing this after the East Side Gallery. There are longish queues so it took about 20 minutes to get served but it was definitely worth the wait, the burgers were amazing! If you are a vegetarian they also have you covered. 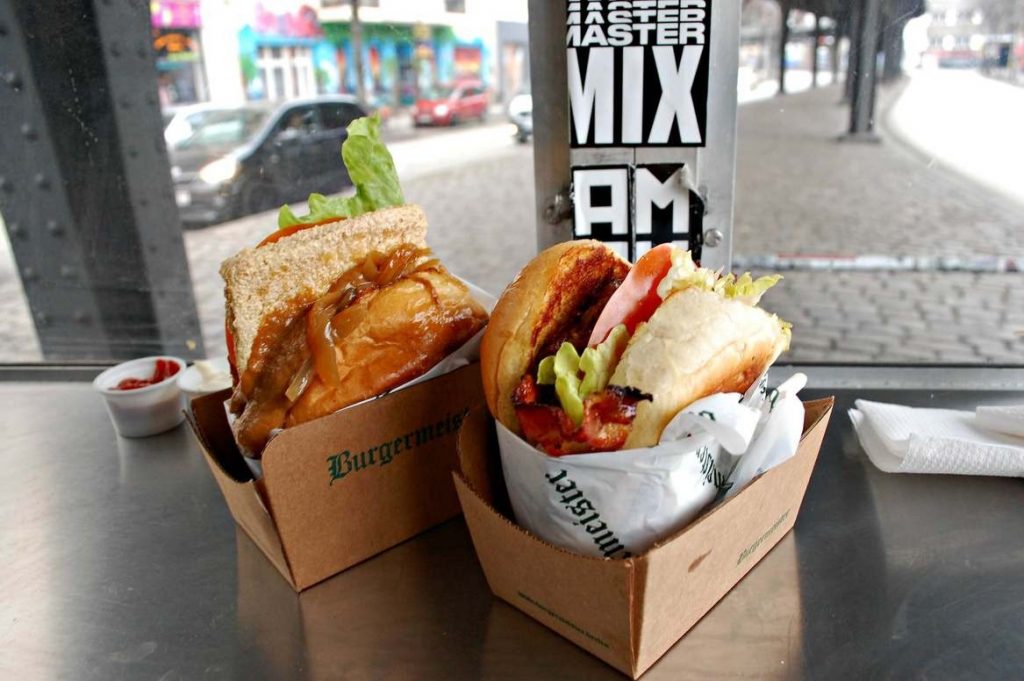 If you are a craft beer lover then nearby is Hopfenreich (opens at 4pm). The beer was extraordinary but be warned it is not the cheapest bar with 20cl of beer costing between €2.80 and €3.50.

Berlin hosted the 1936 Olympic games which was the first to be televised across the world. Today you can visit the Olympic Stadium that was built to host the track and field events during the games. Some countries wanted to boycott the games due to the regime and the anti-Semitic propaganda at the time. It’s a great building to get a sense of the Nazi architectural style, like many of the Nazi era buildings it has a depressing grey look about it. Entry is €7 entry without a tour.

Berlin is home to the largest Turkish community in the world outside of Turkey. Head to the Kreuzberg neighbourhood, an area known as Little Istanbul and eat the best doner kebab in the city at Hasir Kreuzberg.

Kreuzberg is also one of the clubbing areas, party away until dawn and club like you never clubbed before.

There are abandon buildings that you can visit. Apparently, squatters will charge you a small fee and give you a tour of the abandon buildings like Teufelsberg. I didn’t get time to do this but really wish I had after reading other people stories about some of the abandoned sites. For more information check out the Crowed Planet post on alternative things to do in Berlin.

This site uses Akismet to reduce spam. Learn how your comment data is processed.